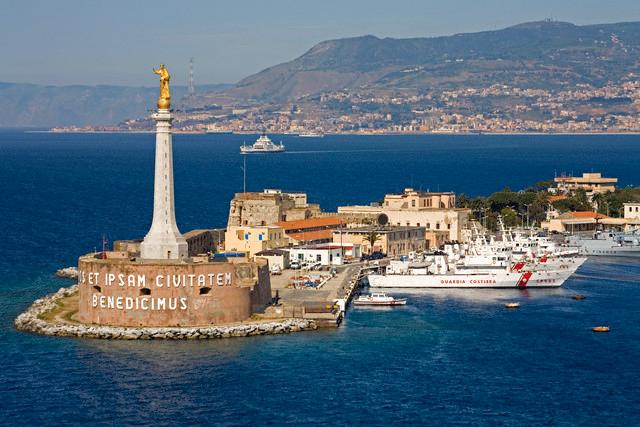 Messina is the capital of the Italian Metropolitan City of Messina. It is the third-largest city on the island of Sicily, and the 13th-largest city in Italy, with a population of more than 238,000 inhabitants in the city proper and about 650,000 in the Metropolitan City. It is located near the northeast corner of Sicily, at the Strait of Messina, opposite Villa San Giovanni on the mainland, and has close ties with Reggio Calabria. According to Eurostat the FUA of the metropolitan area of Messina has, in 2014, 277,584 inhabitants.

The city's main resources are its seaports (commercial and military shipyards), cruise tourism, commerce, and agriculture (wine production and cultivating lemons, oranges, mandarin oranges, and olives). The city has been a Roman Catholic Archdiocese and Archimandrite seat since 1548 and is home to a locally important international fair. The city has the University of Messina, founded in 1548 by Ignatius of Loyola.

Messina has a light rail system, Tranvia di Messina, that was opened on 3 April 2003. This line is 7.7 kilometres (4.8 mi) and links the city's central railway station with the city centre and harbour.

The city is home to a significant Greek-speaking minority, rooted in its history and officially recognised.