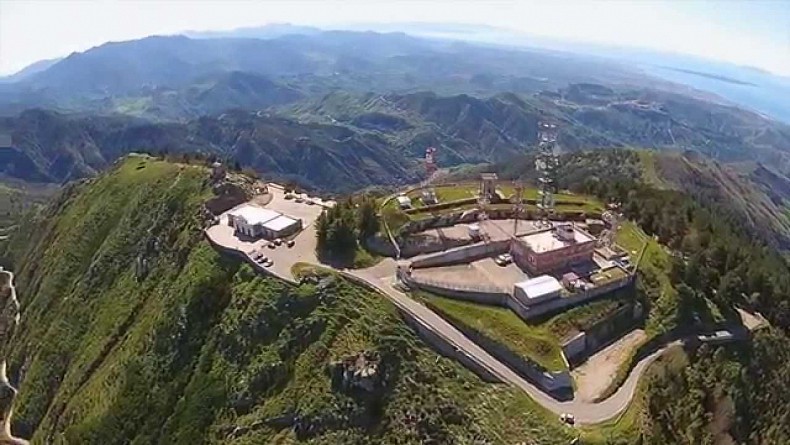 The Peloritani are a mountain range of north-eastern Sicily, in southern Italy, extending for some 65 km from Capo Peloro to the Nebrodi Mountains. On the north and west they are bordered by the Tyrrhenian and Ionian Seas, respectively, and on the south by the Alcantara River .

The highest peaks are the Montagna Grande (1,374 m), the Rocca di Novara (1,340 m), the Pizzo di Vernà (1287 m), the Monte Poverello (1279 m) and the Monte Scuderi (1253 m).[1] The range is made up of a long series of peaks, with an average height of 800–1,000 m, intermingled with ridges and ravines. The deep gorges house numerous streams that create the typical rivers of this land called Fiumare, often full of deprises in their inferior flow. The most common rocks are of igneous and metamorphic origin. Sandstone soils are also present. Of unusual origin are the megaliths rocks of the Argimusco plateau.

Vegetation includes holm oak, oak, cork oak, beech, pine and chestnut, which once formed large forests but are now, mostly due to the human presence, reduced to sparse woods, so that the landscape is largely steppe-like. Several pine woods have been reconstituted by the local authorities starting from the 1950s. An ancient path named Dorsale dei Peloritani goes through all its ridge line starting from Monte Dinnammare above the Strait of Messina until the Rocca di Novara.